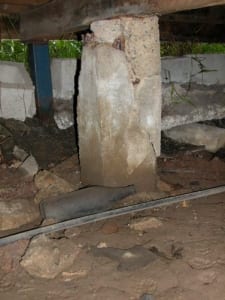 Significantly fracturing of concrete stumps due to inadequate drainage causing water entry and ponding of water to sub-floor area of this house in the Camp Hill area. Rust has also occurred to a steel column, in the background of this photo.

Although at a greater cost to have installed, timber stumps often have a far greater life span than steel or concrete and  in many cases may be the best choice (dependent upon the type of soil) if considering the long term. 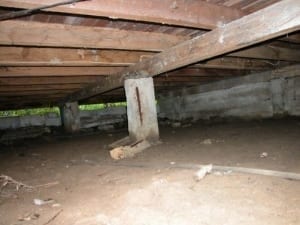 As you can see, concrete does not last forever and is not necessarily the best choice. 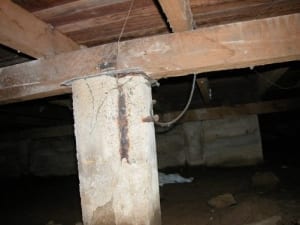 If considering using steel columns as an alternative, make sure they are hot dip galvanised.

Stumps fracturing. Related information that may be helpful: