Examples of how a pre-sale inspections by Peter Weddell can help current home owners, considerably.

Pre-sale building inspection of a two storey brick veneer house with serious seepage and rising damp problems also movement of retaining walls. The owner was not aware of, although he and his wife had owned the property for over 30 years. 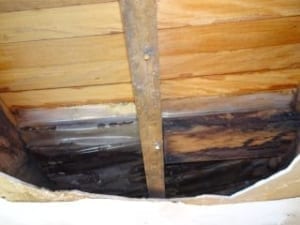 Exposed section of balcony extending over a sub-floor bedroom allowing seepage and rot of the ceiling lining and timber below. 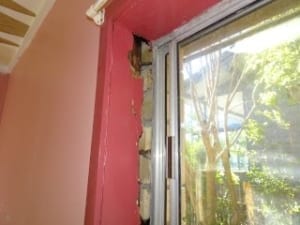 With expert advice the seller was able to carry out the rectification himself, saving a great deal of money. 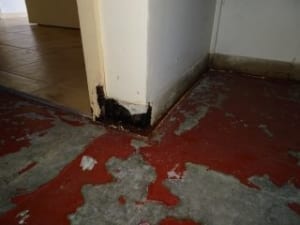 Other recommendations did not address the problems of rising damp and rotting timber to the sub-floor area. 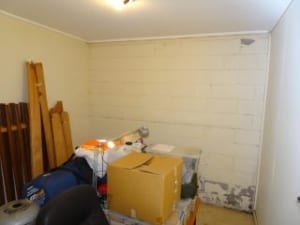 The owner was not aware of this serious and very expensive problem until the pre-sale building inspection was carried out. 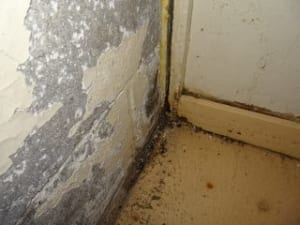 A more economical solution was recommended by the building Inspector in the Pre-sale report. 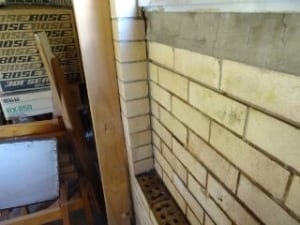 Movement of this brick wall was due to it not being suitable for retaining soil. Any brick wall supporting large volumes of soil must be appropriately engineered, reinforced and concrete filled.

Single brick walls are not suitable for retaining large volumes of soil. The owner was not aware of this serious problem. Once again an economical solution was recommended.

Large gap between the brickwork and timber gives you a gauge as to the severity of the retaining wall movement. 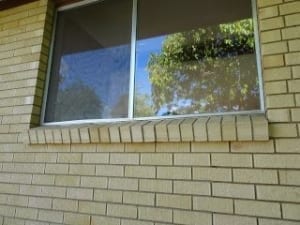 Bowing to the majority of aluminium window sills were restricting opening of the windows. The owner was not aware of problem or cause which was noted in the Pre-sale building report with recommendations on economical methods of rectification. 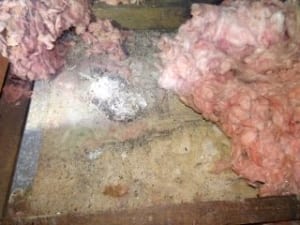 Damage to ceiling lining from a roof that the owner recently paid a professional to fix, obviously not properly. The roof exterior and interior was checked by the building inspector with recommendations on appropriate rectification, that was not carried out by the roofing contractor.

The purpose of this pre-sale inspection was to,

A pre-sale inspection report helps remove guesswork and informs the owner/seller what they are up against to make an informed decision.

Also for peace of mind in knowing they can contact the Inspector for free advice in the future.