Advantages of a pre-sale building inspection

Learn how current home owners/investors can benefit from a building inspection. 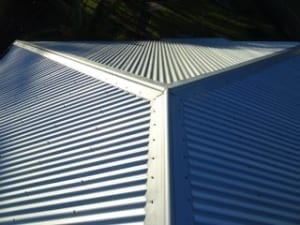 Replacement of this roof was a rip-off!

Replacement of galvanised with zincalume roof sheeting on this relatively small house was just under $30,000 without replacing the rusted gutters, rotting timber and no fitting of insulation. 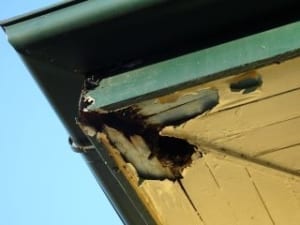 Replacement of rotting sections of the fascia boards and eave lining boards were not included in the roofing contractors quote of replacing the roof ! 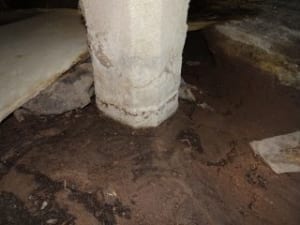 The owner was not aware of a major drainage problem with this property causing movement of the stumps and house also deterioration of the concrete stumps. Notice the water line to base of this stump. 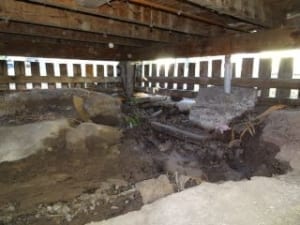 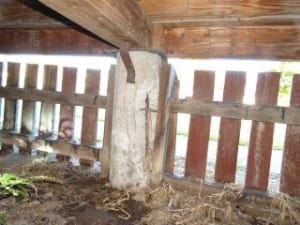 Significant fracturing to majority of the concrete stumps, requiring replacing. 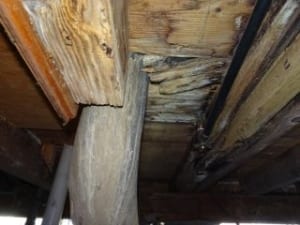 Rot to flooring below the bathroom-toilet also a floor joist that has been cut through. The owner was not aware of these problems. 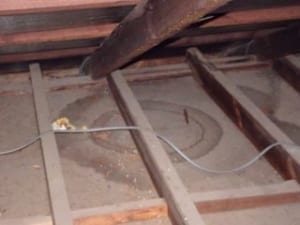 Leaking from the previous roof has caused damage and extensive sagging to these caneite ceiling linings. The ceilings had to be replaced to avoid collapsing. 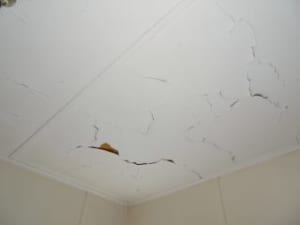 Ceiling paint peeling and sagging from the previous roof leaking. 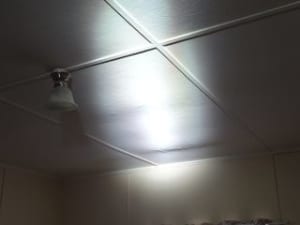 Further sagging of internal ceiling linings, throughout the house.

Having access to an experienced inspector for advice. The owner is now unlikely to get ripped off by unscrupulous trades-people!