These are examples why you would use Peter Weddell for your next Building Inspection in Brisbane. Someone that is prepared to access the roof exterior for a thorough inspection! Ph: 3222 4383. 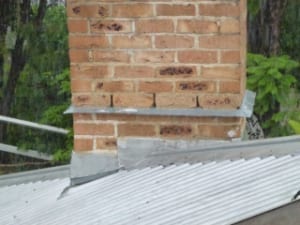 Chimney’s will leak if not correctly flashed:

Flashings must extend up to tray that has been fitted within the chimney. Bricks being porous and will allow seepage over extended periods of rain to interior of the building and possibly cause rot to timber also damage to the ceiling linings. 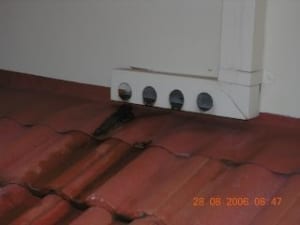 Down-pipe spreaders are notorious for leaking:

Concentration of water from down-pipe spreaders often causes leaking to occur around their bases. This can sometimes be alleviated by fitting of additional flashing below to help stop seepage through the tile joints or other flashings. 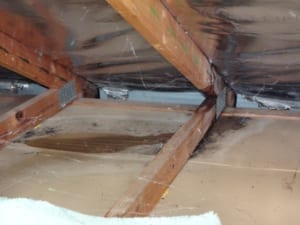 Some roof vents are more prone to leaking than others. Leak from the roof vent (not seen in photo) has caused rotting of the roof truss also damage and sagging of the ceiling lining. 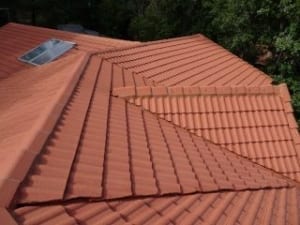 Valleys often leak in a heavy downpour due to speed of water travelling down the roof face and entering where the valley gutter is usually insufficient in size to cope. In most cases bedding of the valley tiles will help avoid leaking from this most common water entry point.