Examples of serious problems that were not identified in a sellers building inspection report.

The sellers report was carried out by a well known nationwide company. 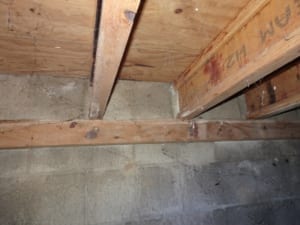 Seepage through this block retaining wall where the outside soil was higher than the sub-floor timber frame, should have been picked up by the previous building inspector. This would be an expensive fix. 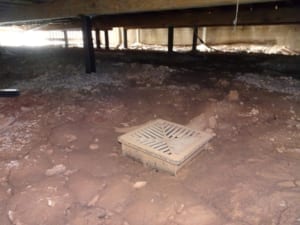 Drain of sub-floor not fitted correctly.

This drainage grate was far too high allowing water to pond to majorty of a sub-floor area. This is not healthy for the house nor its inhabitants. 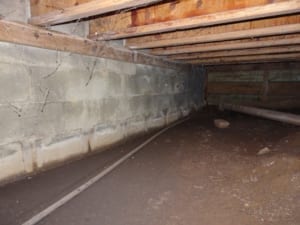 Water line to block wall of the sub-floor area showing depth of the ponding water. This is a serious problem that must be identified by an experienced building inspector to avoid costly consequences and potential health problems with inhabitants of a house. 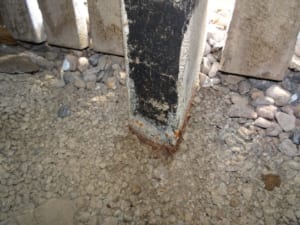 Apart from rusting columns and lack of 100mm concrete mound above the soil level (this is a Building code requirement that few builders adhere to). Neither major faults were mentioned in the sellers building inspection report

Rusting of the columns also often causes fracturing of the concrete footings that surround them. This is very costly to have rectified as the footing must be removed and replaced, often in confined areas and without machinary. 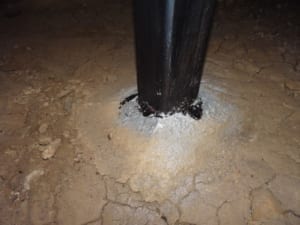 This is only a temporary fix so the fault and its rectification expense gets passed onto the next owner if not made aware of by an independent building inspector. This expensive fault is often understated in building reports by inspectors or as in this case, not mentioned! 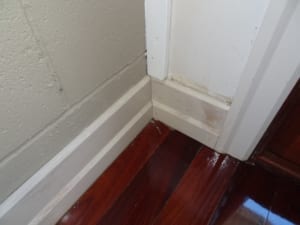 Rising damp and seepage to block wall from lack of dampcourse and water-proofing.

This serious problem will cause rotting of timber and may also attract termites if not alerted by building inspectors so it can be addressed. 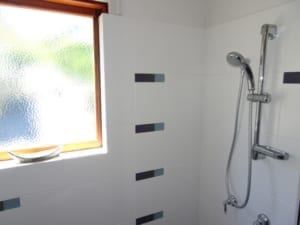 Window within a shower recess without proper protection. This will cause rot to the wall framing from seepage over the long term.