Here are two examples of flooding.

This photo is an example in the latter category as indicated by the water shadow line on the concrete stumps. The property is in the Nundah area, a low lying north east suburb of Brisbane and as you an see by the photo, it floods often.

Effects flooding has on properties and buildings

Flooding of any sort, can cause movement of buildings to varying degrees. This is often dependant on the period of time flooding has occurred also the type of soil. 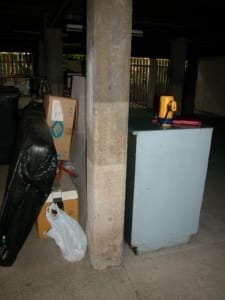 Doesn’t matter too much what the cases may be, the main concern is that it happens way too often and when least expected!

Some guides to help you prepare: