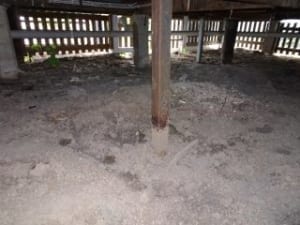 around the bases of these steel columns that are supporting this house. This has affected their structural ability in supporting the house, requiring replacing of the columns. 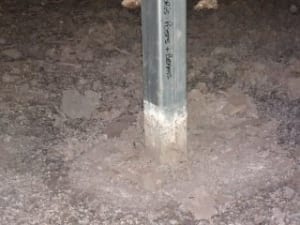 The concrete footing levels must also extend by at least 100 mm above the soil level, to comply with Building Code requirements. 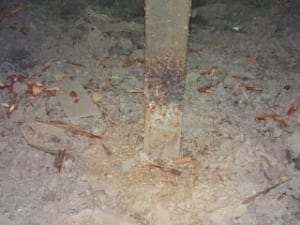 Cost of rectification and replacement would be considerable!