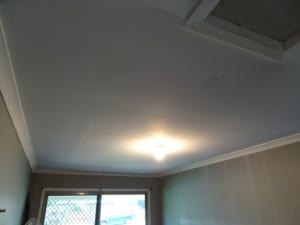 Considerable sagging to ceilings of two bedrooms and two living areas of this recently inspected house, as much as 75 mm. 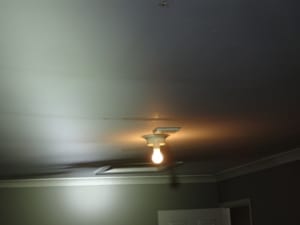 Light fitting and architrave surrounding access hole to the roof interior are the only things stopping potential collapse of this ceiling. 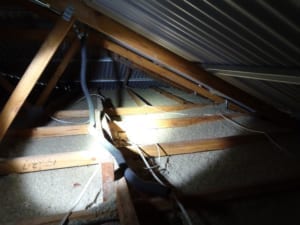 Large gaps between the ceiling lining and bottom Chords of the roof trusses, this shows the degree of sagging. 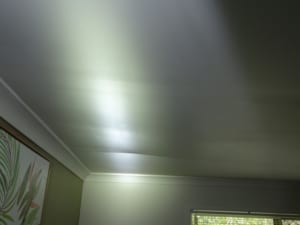 Rectification would require removing and replacing the ceiling linings also the insulation, messy and expensive !

Always ask the tradesperson if they can effectively resecure the ceiling linings with guarantees against further sagging. If the awswer is no, then requst quotes on having the linings replaced, where necessary.