Dangerous defects with decks and verandas

Dangerous defects with decks and verandas

Learn how decks and verandas with dangerous defects can be dangerous if not checked and maintained on a regular basis.  QBIS.

Here are some examples of Queenslander style houses with veranda’s built using a similar method of construction to a deck that collapsed in recent years, in Ascot, a eastern suburb of Brisbane. With some tips on what to look for and how to maintain. 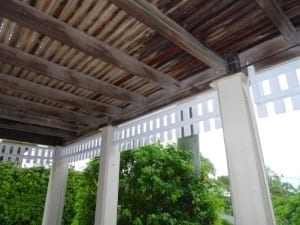 Unsafe construction of a veranda.

How to rectify an unsafe veranda.

This would give far better long term support to the structure as it would not be reliant on brackets and securings that will rust and give way, eventually from exposure to the weather. 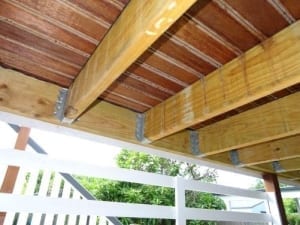 A recently built veranda with the same method of construction, except for metal steel saddles fitted below the floor joists for support. Not a method of support that I would recommend. The joist saddles and nails will rust over time and lose support.

A far better method of construction would be to extend the floor joists over top of the bearer for full support, this is a method most commonly used.

The problem with this method would only be if more head clearance is required below the structure.

Important signs to look for to avoid dangerous defects with decks and verandas.

Useful tips on prolonging the life of decks and veranda’s.

Veranda and deck related material that may assist you.

Qld Government on planning and building a deck