Common locations for roofs to leak

Common locations for roofs to leak

Common locations for roofs to leak. Paint peeling to this eave lining is caused by consistent leaking from the roof also from the gutters overflowing. QBIS. 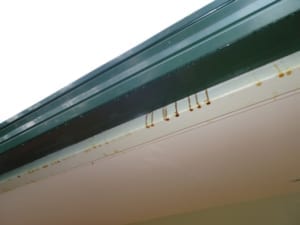 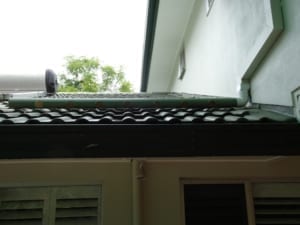 My recommendation would be to fit two spreaders to the down-pipe base with a wide shaped flashing to allow an even distribution of the water. 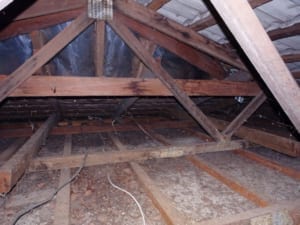 Water marks show consistent leaking from this tiled roof. In most cases the only long term solution would be to replace the roof tiles with corrugated metal sheeting. Metal sheeting has fewer joints and overlaps and is far less likely to leak

Make sure the roof water downpipes are not connected to the surface water drainage system, otherwise this will cause  backwash. This is often the cause of rot occurring to concealed eave timber.