Learn about common areas roof’s may leak and how to fix.

Valley’s, where a roof pitch alters and changes direction.

Water travelling down two faces of a roof often leak where they meet at a valley. This can be fixed by bedding tiles to form a trough for water to travel rather than under tiles. 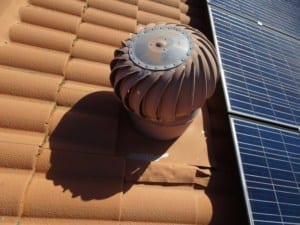 Spinning roof vents are known for leaking through their vanes. Be aware that this type of vent does not operate any more effectively than a fixed vent. Bear in mind that the eaves must also be vented for any roof vent to operate effectively. 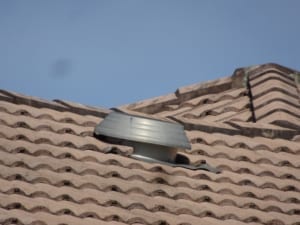 This type of roof vent is far less likely to leak than anything that spins (and will operate just as effectively) provided they are correctly installed and flashed. Location is also important, positioning at highest point of the roof allows it to work more effectively. The eaves must also have flat vents fitted. 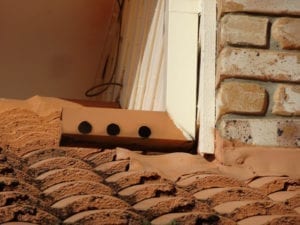 Down-pipe spreaders often leak from concentration of water being dispersed from another level of the roof to a small area.

This can usually be rectified by fitting a splayed metal sheet to its base to disperse the water over a wider area also fitting of a wide flashing below the spreader. 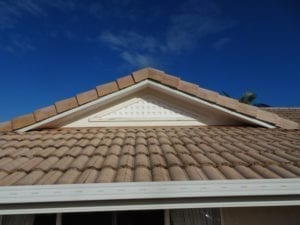 Leaking from dutch gable of a roof:

Dutch gables often leak because of its flashing being too narrow. Seepage can also occur through the gable sheeting and from any valleys above them. Fitting of wider flashings (or sealing), painting of gable sheeting and bedding of valley tiles will usually fix these problems. 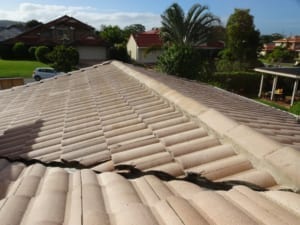 Leaking from roof pitch being too low:

Sometimes the degree of roof pitch (angle) is under roof tile manufacturers requirements. This often causes leaking from water not running off tiles quickly enough in heavy, driving rain. Tiles would need to be removed and fitting of building paper. A more effective solution would be to replace roof tiles with metal sheeting. 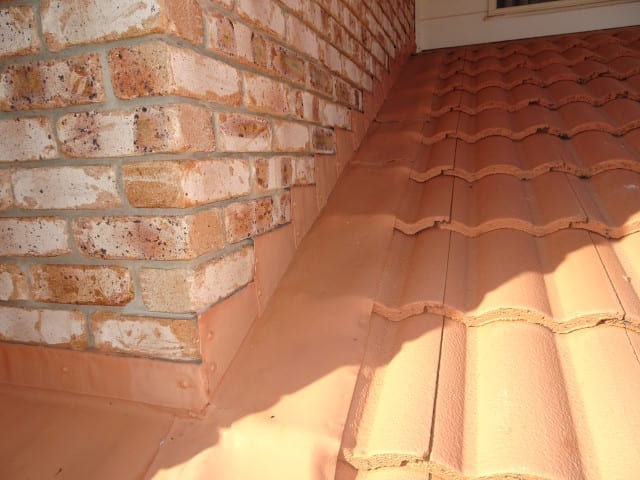 Narrow or insufficient flashings fitted to these areas are most often the cause of roof leaking to occur. Fitting of additional or wider flashings will usually fix these problems.

Important: It is far better to have properly fitted flashings rather than relying upon sealant to stop leaks, sealant will break down.