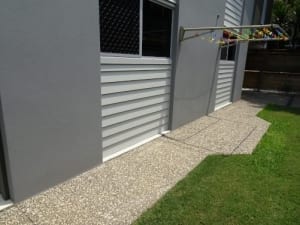 Major problem that cannot be rectified, without reconstruction. 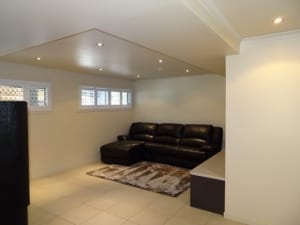 Significant lifting and undulation of the slab caused by soil movement and expansion. 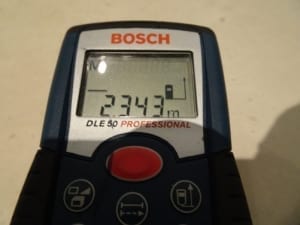 Ceiling heights of all lower areas advertised and used for living were under the local authority requirements for use as habitable areas.

Indicating rising damp from the slab also high probability that there would not be a waterproof plastic barrier below the slab. Which is common practice for a slab built for a non-living garage-storage area. This is definitely not acceptable in habitable areas! 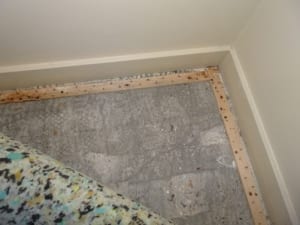