Galvanising and zinc corrosion, between roof sheeting and flashings, in the Stafford area, a Northern suburb of Brisbane, 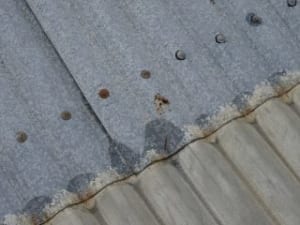 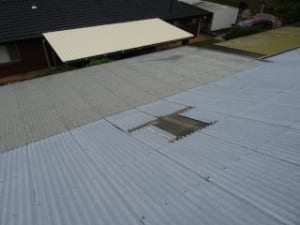 Galvanised sheets to top side, zincalume to lower.

Always replace them with the same product to avoid corrosion occurring between them. Never mix the two, unless there is a gap or barrier between them.